Some of the most popular (and common) pictures we find on the internet are dogs donning their humans’ sunglasses. Instead of trying my glasses on my dachshunds, I bought them a pair of their own. Rufus and Lily both were willing to play, but Emily wasn’t interested. I think Lily looks the best, but you be the judge. Who wears it better?! Lily or Rufus. 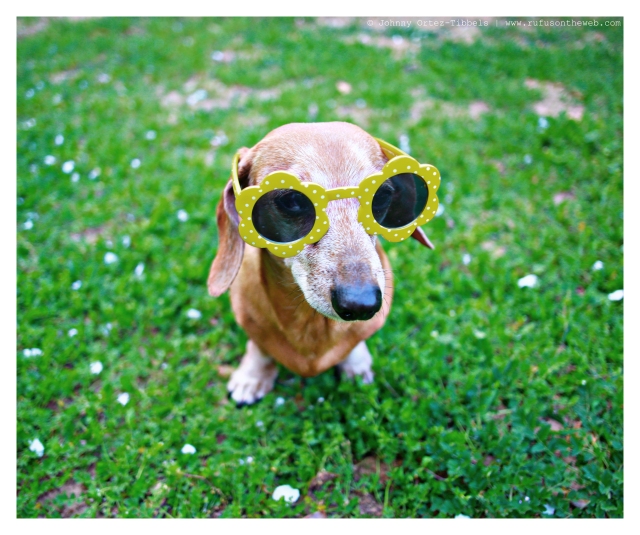