The Easter themed celebration continues. Today we feature Emily. We showcase a photo from 2012 when she was only a puppy and one from this week. As you can see Emily has truly blossomed into a very fine dachshund model. She photographs very well and has gotten so very good about posing for papa.

One quick note: some folks have strong opinions about dressing their dogs up in human clothes and costumes, and we happily respect everyone’s prerogative to whatever he or she wants to do with theirs. However, the only exception I take is when some folks attempt to liken such acts to “animal cruelty.” We have publicly stated a zillion times, that Rufus, Emily and now Lily enjoy their photo shoots. It is our chosen bonded activity, and when I set up the lights and grab the camera, they often race from their beds to be front and center. They all compete to be photographed because I have worked so hard to make it a positive and enjoyable experience for all of us. They love the treats they get and they are handsomely rewarded for their efforts. And… anytime one of them isn’t feeling particularly supermodel-ish, they’re never forced. I don’t make my dachshunds do anything they don’t want to do, and like many of us know dachshunds love to make their humans happy.

So enjoy the photos and rest assured no dachshund was harmed in capturing these images. Make it a great day dachshund friends. 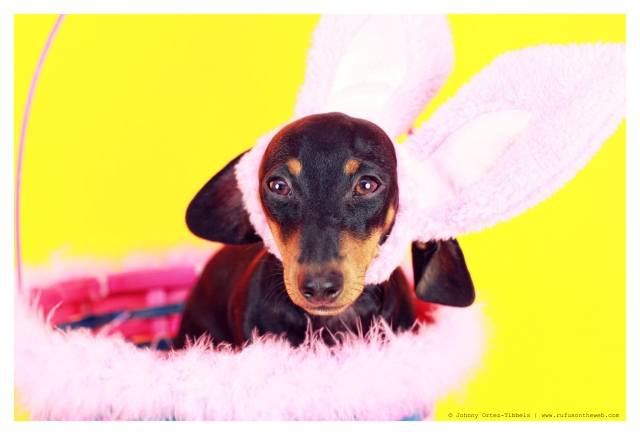